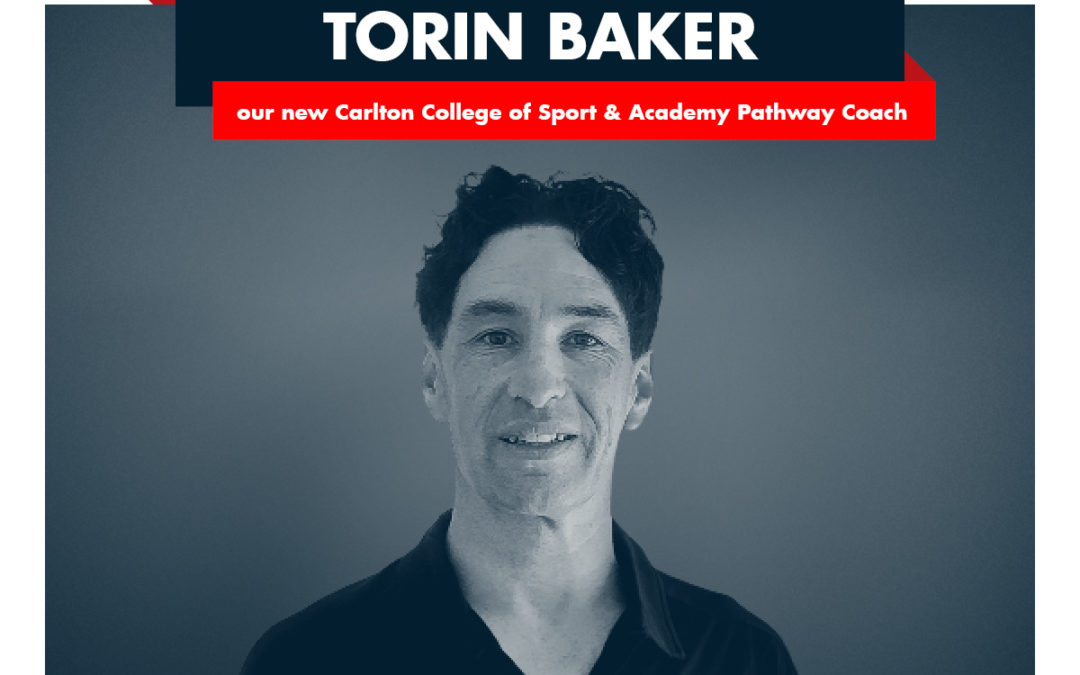 The Carlton College of Sport is excited to announce the appointment of Torin Baker as coach of the all-new Football Development Program.

Baker will also assume a senior development role in the Club’s recently announced standalone reserves side that will compete in the 2021 VFL and East Coast Second-Tier Competition.

Baker joins the Blues from the Hawthorn Football Club, where he has been a development coach for the past two years. Prior to that, he was Head Coach of the Western Jets NAB League program while concurrently heading up the football development program at the Maribyrnong Sports Academy.

With a wealth of experience in both the development of young footballers as well as program implementation and management, Baker is a welcome addition to both the team at the Carlton College of Sport and the Carlton Football Club.

“My experience working as a development coach with the Hawthorn Football Club and Head Coach of the Western Jets and the Maribyrnong Sports Academy has helped me to gain a strong knowledge base to work with a wide range of footballers,” Baker said.

“The Football Development Program offered at the Carlton College of Sport is really unique and I’m excited by the prospect of assisting a multitude of young athletes develop their football skills, with the program set to complement what they’re already doing with their football,” Baker said.

If you would like to learn more about the Football Development Program, or if you are interested in applying for the program in 2021, visit the Carlton College of Sport website.