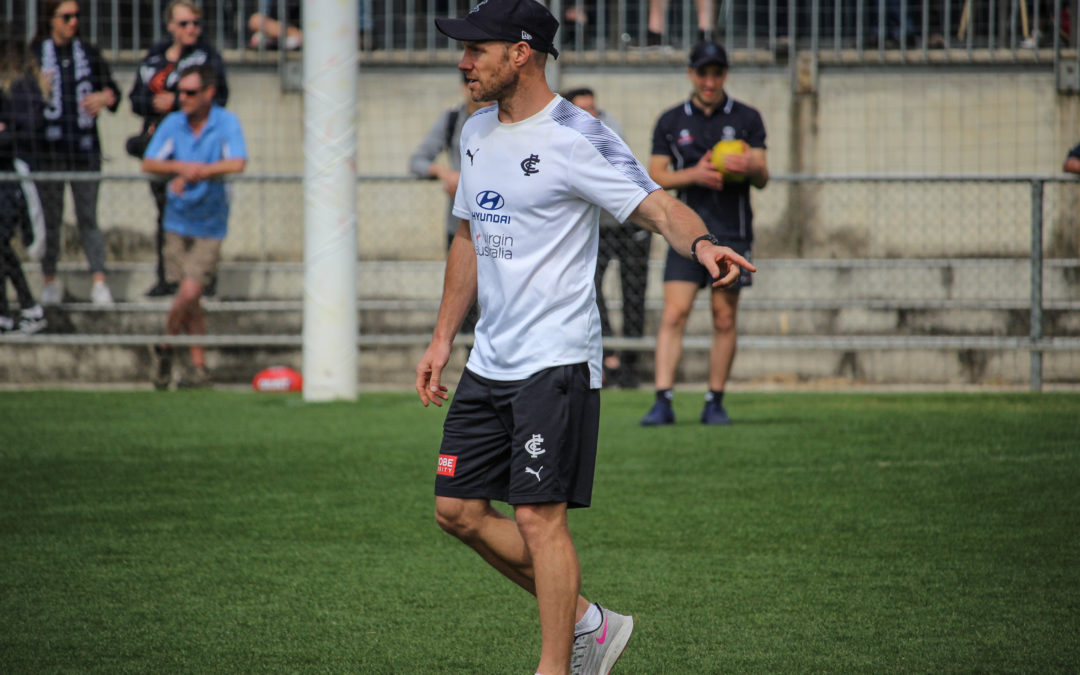 Highly regarded as one of the elite operators within High Performance in the industry, Andrew has been involved in six AFL premierships, including four at the Hawthorn Football Club between 2008 – 2015.

Andrew has worked in the AFL system for more than 20 years, first with Essendon Football Club where he was part of the Bombers’ premiership in 2000. He then moved to Port Adelaide as Head Fitness Coach, where he was part of another premiership in 2004. From there, Andrew joined the Hawthorn Football Club as its Elite Performance Manager, where he has been instrumental in the contribution of winning a further four premierships.

Andrew spoke to students about the importance of ‘mental toughness’ and the ability to focus on the task at hand, even when faced with challenging or difficult circumstances. He also spoke about the key to building and maintaining successful teams and ways to achieve high levels of performance.

For students, the best advice came from being asked how to land your dream job in sport.

“You’ve got to be passionate, you’ve got to love it. All of us have had to do a lot for nothing, just to get as much experience as I could. Try and get involved in any environment you possibly can and as close to the elite environment as you can,” Russell said.

Click here to see more videos from our guest lecturers.