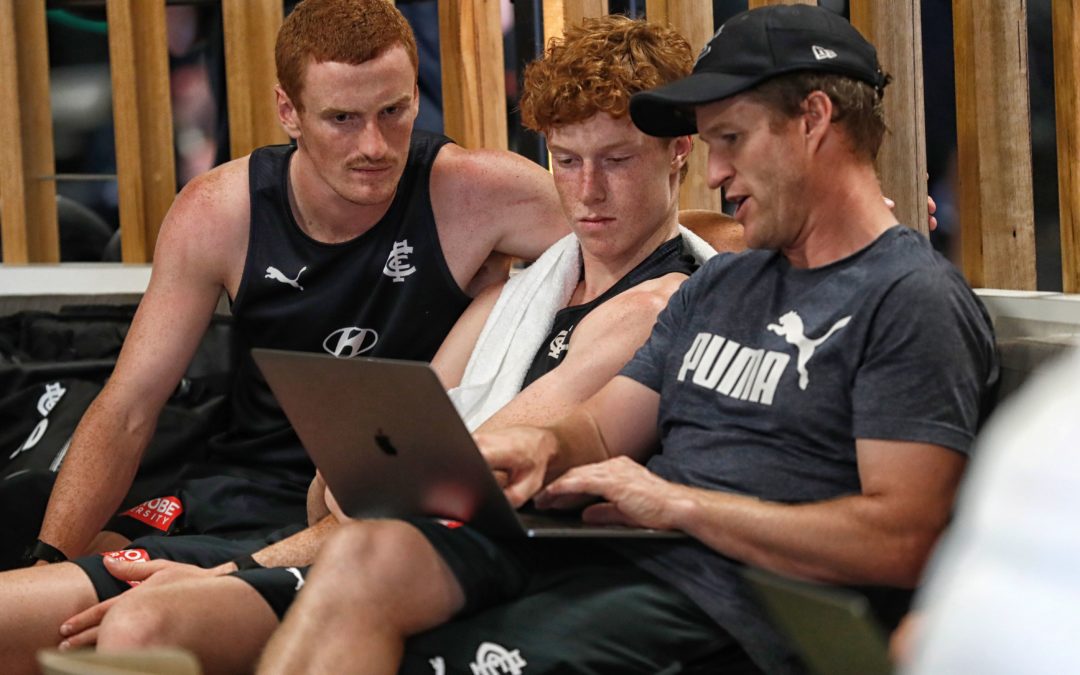 LUKE Power has played in three AFL premierships with Brisbane, steered Greater Western Sydney as it entered the competition and headed the NAB AFL Academy guiding the country’s best young talents into the top level.

Now the Blues’ Head of Development will be helping at the Carlton College of Sport, which has launched a new football development plan.

Young male and female footballers are able to enroll in the program to spend next year at Carlton working with the Blues’ high performance staff and a dedicated coach to develop their skills.

Alongside that they will also gain a tertiary qualification with a diploma of sport coaching and development or elite sport business.

Power, who joined the club at the end of last year, has been involved in setting up the program to be ‘AFL-like’.

“It’s a program that allows aspiring young footballers to combine some tertiary study with some football development. Obviously my role in it is to help provide the football development side of it with our high performance staff and support the program in that way,” he said.

“In this ever changing world in which we live in there’s going to be less opportunities for young footballers next year in terms of playing professionally.

“This program we believe is going to provide an opportunity for some of those players to be able to get day to day football development under the watchful eyes of our staff while obviously completely the more important tertiary education aspect of it.”

Interested in joining our new Football Development Program? Watch Luke Power, Head of Development at @carlton_fc, talk about this fantastic opportunity for young footballers! Express your interest through the link in bio 💪 #CCoS #CarltonCollege #FootballDevelopment

The program is designed for youths who have finished school and the football elements will work alongside the players’ other club programs, whether they are at local, NAB League or VFL level.

Individuals will spend at least a day a week at Carlton undertaking football development activities and one-on-one coaching sessions and will then attend the Carlton College of Sport another three days and runs from February to October next year.

With the NAB League lifting to an under-19 competition next season in a range of structural changes, Power said the chance to be part-time footballer and part-time student was a strong opportunity.

“They’re going to be undertaking the day to day study with the program and completing the course curriculum there. Then they’ll have various sessions during the week starting with recovery early in the week and we’ll set it up as much as possible to replicate what an elite AFL program would look like,” he said.

“At this stage it’s important they focus most of their attention during the week onto their studies but if we can help balance that out by finding opportunities to develop their football then I think they get a win in both areas.”