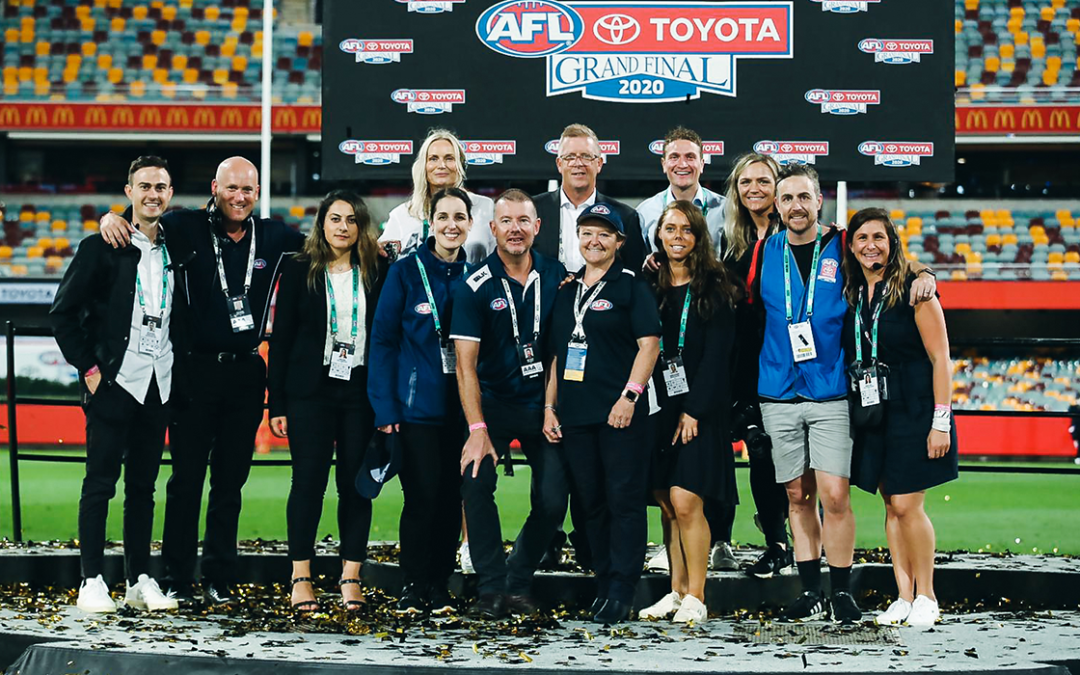 Like many young kids growing up in Melbourne, Matthew Knight wanted to be an AFL player.

After realising early on that this dream may not become a reality, Knight set his sights on a career in sport administration.

With experience in various roles in sport over the last six years, Knight is currently a Broadcasting Executive at AFL House.

With plenty of experience in the industry over the last six years, Knight spoke to Carlton College of Sport students about the lessons he wished he had learnt as a young professional in sport.

After studying a Bachelor of Business and Commerce, with a major in Sport Management, Knight’s first role in sport was at North Melbourne Football Club as a casual Membership Sale Officer.

“The sport industry is really small and all you need is a foot in the door for your first opportunity.

“By making a good impression at North Melbourne, I was able to ask my manager to put in a good word for me at the AFL when a role came up,” Knight said.

Transitioning from ‘Clubland’ into roles at the AFL in the Membership and Events teams, Knight made the most of the opportunities that came his way.

“Saying yes to opportunities has brought about some of the best times in my career.

“During my time in the Events team in 2017, I was asked to go on the International Rules tour with some of the best players in the league to organise everything from team dinners to gala dinners.

“It was amazing to be around players like Joel Selwood and Patrick Dangerfield and be immersed in that experience,” he said.

For Knight, making the most of opportunities has also included embracing challenges and setbacks.

“I learnt a lot from being stood down in 2020 for 8 weeks at the beginning of the pandemic.

“Once I came back to work, I spent seven weeks in quarantine at the hub in Perth.

“It was challenging, but I knew that I was helping the game to continue while the rest of the country was going through a tough time,” he said.

The final piece of advice that Knight left with the students was to be fearless but patient when it comes to starting their careers in sport.

“Be fearless in the face or rejection or failure. Don’t be afraid to get things wrong.

“Build a wide base of experience, build relationships and build up your reputation to achieve the goals you have set for yourself.”